The biggest fish in the world is called the Rhincodon typus or, to the rest of us normies, the whale shark. The giant beast moves at a slow pace throughout the ocean where it lives. It’s also not your normal kind of shark most of us think about. Instead of large spiky scary teeth, a whale shark’s mouth contains 20 filter pads and 300 rows of tiny teeth. This is because it’s a filter feeder. Of all the sharks, only two other species eat in this manner, the megamouth shark and the basking shark.

Whale sharks’ main diet consists of plankton and small fishes, and luckily for those ocean swimmers out there, they don’t feed on humans. They’re also the largest living nonmammalian vertebrate in existence. They can grow up to 40 feet (over 12 meters) and estimates put them at up to 40 tons. Their heads are wide and flat and unlike most other sharks, their mouths are at the front of their heads instead of underneath. Scientists believe they can live up to 100 years.

Here’s what a whale shark looks like in the wild: 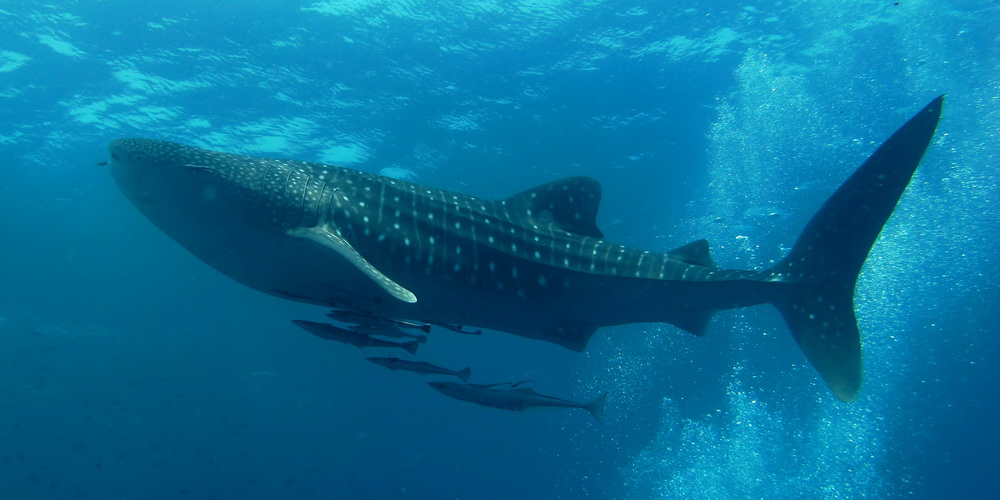 What is Gyotaku Fish Printing?

What is Self-Serving Bias? Examples, Definition, and Experiments