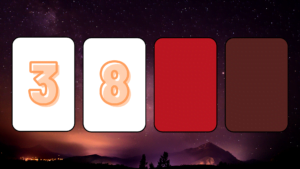 Image created by Author in Canva

“Logic will get you from A to B. Imagination will take you everywhere.” — Albert Einstein

Some days the cards just seem to fall in the right order. Today is probably not that day for you. At least, according to the results of a simple test devised by the renowned psychologist Peter Cathcart Wason.

His field of study?

Why we humans consistently make the same mistakes when confronted with logical solutions. If you’ve ever heard of the term “confirmation bias,” this was the dude who coined it in the first place.

And while he created this series of logic tests way back in 1966, his work is still studied, debated, and analyzed many decades later.

Because we humans still keep making ridiculous choices in our mental reasoning when faced with logic. We choose to order a $10 Starbucks coffee when we know a $2 version from a local cafe tastes just as good. We sign up for expensive gym memberships, even though we haven’t cleared time in our schedule to go to it. We vote for officials who are clearly corrupt because we feel they represent our tribe, and our tribe has to be right even when it isn’t.

Simply put, we make dumb decisions all the time because of a lack of logical abstract reasoning.

Now, you might find yourself nodding your head in agreement.

But more than 90% of people studied consistently got this logic test wrong. So how do we know we aren’t those people in the first place?

Well, let’s jump in and see if you’re the you, you think you are!

Here’s the test as it was originally laid out:

“You are shown a set of four cards placed on a table, each of which has a number on one side and a colored patch on the other side. The visible faces of the cards show 3, 8, red and brown. Which card(s) must you turn over in order to test the truth of the proposition that if a card shows an even number on one face, then its opposite face is red?”

And here’s my amazing artwork skills in Canva showing what the cards look like:

Now reread this passage at least 3 times to make sure you get the gist of it.

Which card(s) need to be turned over to prove this statement true: If a card is an even number on one side, then the other side is red.

Re-read it one more time, just to make sure.

Now, I’m going to type a bunch of possible answers that people tend to give. Scroll down to the bottom for the full answer and explanation!

Typical answers given to the Wason selection task

In the original series of tests given along the same lines, only 4% chose the right answer! Here’s how the answers went:

Can you guess which one was correct?

If you chose the 8 card and the brown card, congratulations, your logic is of a superior kind and we should all bow down before you.

“But why, God, why!?!” I asked myself the first time I encountered this test and assume you are as well right now.

The first part of the statement mentions even numbers, so we know we’re dealing with the 8 in this scenario. The second part mentions the red color.

But the reasoning uses a bit of whacky back and forth logic here. Let’s start with the first of four cards:

Still feel a bit confused? Don’t worry, I was in your same boat for a while too. That’s how I found about an even crazier part of this series of tests.

Psychologists later on figured out something even weirder. If we put the test in terms of something we all actually understand in our everyday lives, the rates of answering correctly goes through the roof!

Let me show you.

The Wason selection task (if it was a drunkard)

Let’s take the same idea of the test, but transfer it into something many of us know and love — beers and coke!

Imagine you’re a bartender just starting a shift, and you see the following scenario.

Assuming the numbers are ages and the drinks are drinks, which two cards would you have to check to make sure everyone was legally drinking?

When the test was given, here were the most common answers:

And surprise, surprise, 72% people got it right this time!

And that leaves a young 16-year-old and a person of unknown age drinking the beer. Check both of those cards and we can tell if everyone is legal.

And yet the results were virtually flipped. That’s why psychologists in the 1980s figured the success rates on these logic tests are highly context-dependent.

That led to psychologists Leda Cosmides and John Tooby in the 1990s creating the beer version of the test above, and then concluding the context of social relations is the more important factor.

(Note, many psychologists later disagreed with this premise, but it’s too advanced for my little brain to go into.)

While the entire functioning of why these tests are perplexing and easy with just some minor tweaks, I like to think of it like this.

If we’re familiar with something, especially social rules of where we grow up and participate in society, then our brains can essentially *click* that much faster when presented with related logic problems.

We all know about beer and drinking ages and how their rules can be easily applied, but most of us have never cared about odd and even numbers being flipped over to brown or red shades.

And that familiarity with a subject lets us apply logic in situations we’re unfamiliar with, as long as our brains think it’s related.

And if that’s true, I’m positive it also has negative effects as well.

Perhaps they’re like blinders helping us finish a race faster, while also preventing us from seeing a pile of juicy carrots halfway down the track.

After all, how can we really know if we’re the blind horse or the commandeering jockey, or if we’re actually in the 4% or the 96%. All we truly have is our assumptions and an ability to learn more about the world.

And I suppose that has to be good enough for this writer.