The biggest dog breed in the world is the English Mastiff. These giant fluffy boys originally evolved from Roman dogs used for purposes of war (poor pups). They typically weigh in at 170 to 240 pounds, but the largest dog ever recorded was an English Mastiff that weighed in at a whopping 343 pounds (156 kg). That’s a lot of fur! 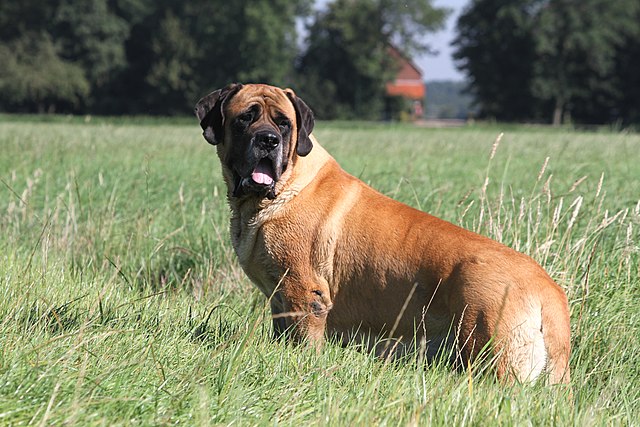