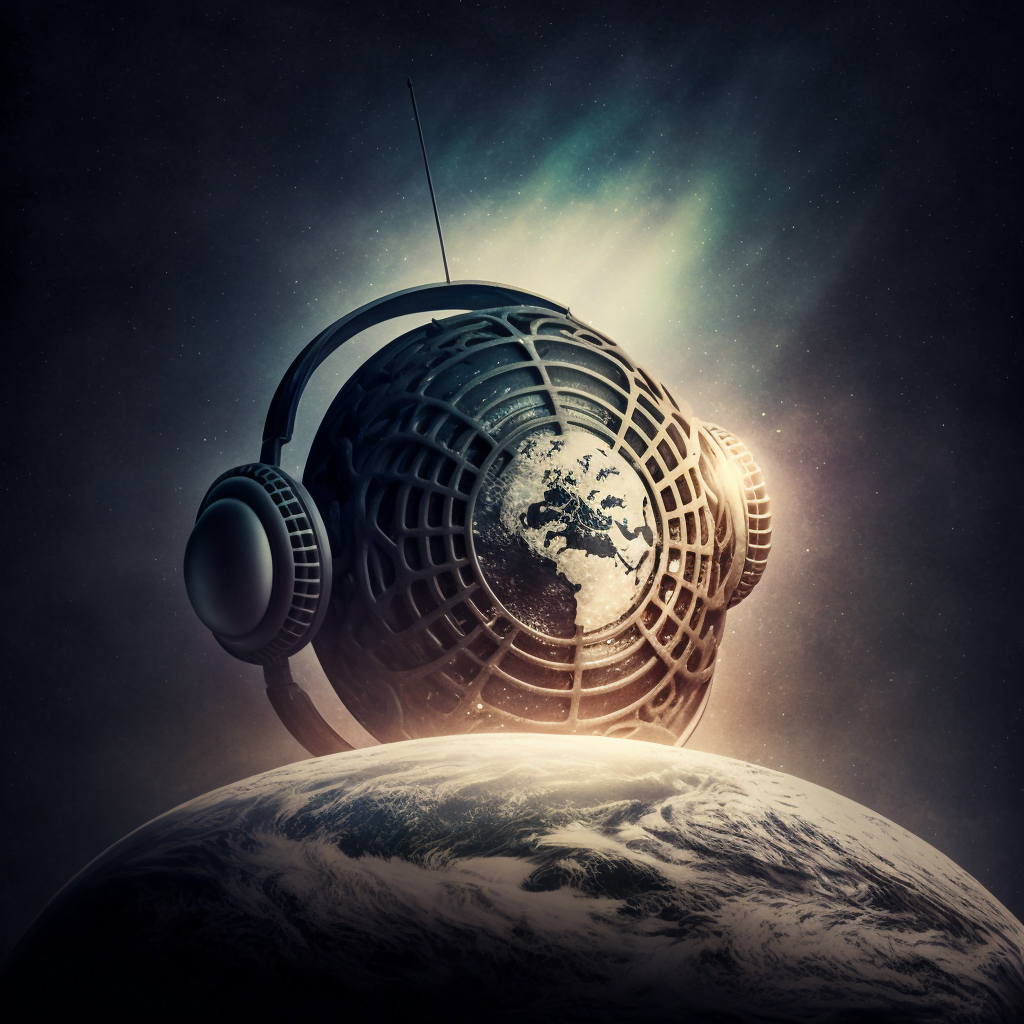 For thousands of years, humans have been looking to the night sky in search of answers from the beyond. On August 15th, 1977, one such answer came in the form of the famous “Wow! Signal“.

For over 40 years, the source of this mysterious radio transmission from space has boggled the minds of scientists and researchers alike. What could it be? Was it a sign from an alien species, eager to make contact? Was it our own cosmic ancestors, trying to send us a message from the stars? Or something else entirely? Let’s jump in and explore what really happened on that fateful day.

It was a Tuesday night in August 1977 when Ohio State University professor Jerry Ehman found something strange on his computer. He had been searching for extraterrestrial signals with his Big Ear Telescope and out of nowhere he picked up a mysterious signal from space.

Unable to contain his excitement, Jerry jotted down a note next to the signal which read “Wow!” – hence the name the “Wow! Signal”. He had found something inexplicable and yet somehow familiar – something from the very depths of space.

He was in disbelief. The signal was strong and consistent. He had never seen anything quite like it before. After a few moments of shock, Jerry quickly grabbed his radio and began sending a coded message to notify the government of his discovery.

It wasn’t until several weeks later that the signal was confirmed by another telescope called “Arecibo“.

Ehman was a member of the Search for Extraterrestrial Intelligence Institute (SETI), a group dedicated to finding proof of life outside of Earth. When using his telescope, any anomalies would be represented in the form of numbers on a printed sheet. As there is a massive amount of data with limited hours for scientists to look at them, they’d often batch review previous recordings all at once.

It was during one of these reviews of a printout that Ehman saw the signal that looked like what scientists believe would represent a proof of extraterrestrial intelligence. In this case, the Wow! signal was written as “6EQUJ5”, as shown below: The remarkable printout is now preserved by the Ohio History Connection as it’s the first known potential evidence of extraterrestrial life outside of Earth. He wrote “Wow!” on the paper which later lead to the famous name for the event.

Ehman later said: “I mean, without thinking, I wrote ‘Wow!’…It was the most significant thing we had seen.”

As for the signal itself, it lasted the entire 72-second window where Big Ear was listening to that specific spot, an area in the direction of the constellation Sagittarius.

What did the Wow! signal code mean?

SETI uses the strength of radio transmissions to measure for signs of extraterrestrial intelligence. And in the case of the printouts, the numbers 1-9 measured quieter sounds, where the letters A-Z were used as the sounds started growing louder. So, in the case of the Wow! Signal, 6EQUJ5 started quiet, then grew extremely loud (relatively) when it hit all the way to the letter U in loudness level, then grew quiet again as it went back to level 5.

What was the Big Ear Radio Telescope?

The Big Ear Radio Telescope was a large cylindrical radio telescope located at Ohio State University, in Delaware, Ohio. Originally built in 1956, the telescope was used to scan the sky and search for cosmic radio sources. It made headlines in 1977, when it detected a signal coming from deep space that appeared to be of extraterrestrial origin.

The Big Ear Radio Telescope was a powerful instrument, capable of detecting signals from the far reaches of the universe. It operated in two different modes: the drift scan mode, which scanned the sky slowly to detect diffuse radio sources, and the targeted mode, which focused on specific radio sources and tracked their properties.

The telescope was used to study a variety of topics, including studying pulsars for evidence of gravitational waves and searching for evidence of extraterrestrial intelligence (SETI). It also studied how space-time is distorted by galaxies and explored how stars and galaxies formed.

The Big Ear Radio Telescope was decommissioned in 1998 after more than 40 years of operation. While its search for extraterrestrial life came up empty, its contributions to science were invaluable. It provided the first detailed look into the universe, and it made significant advances in the study of radio galaxies, making it one of the most important radio telescopes of its era.

The Different Potential Causes of the Wow! Signal

In the decades that followed, scientists debated over the potential causes behind the potential alien signal, but for decades couldn’t agree on anything.

They had several theories:

The Big Ear followed 50 different radio frequency channels. Imagine having one radio playing 50 stations all at once. The crazy thing was, the Wow! signal only transmitted on one of those channels. Even more spectacular was the specific frequency the signal transmitted was at the frequency at which interstellar hydrogen glows.

As a final point, the pattern of the signal was what was expected from a deep-space transmission. They figured it couldn’t have possibly come from Earth because the receiver was fixed on the ground and any signals wouldn’t have the same variations in intensity in terms of relative motion.

Scientists and observatories kept looking, but they never did see the same signal again after 1977. But in a more recent study in International Journal of Astrobiology, researchers concluded the strange signal from space might have come from a star similar to our own sun, but 1,800 light-years out.

SETI also has new-age tools to help in their magnificent search. What started as radio signals now includes searching for flashes of light using a technique called “optical SETI.” They’re on the lookout for any bright brief flashes of light, with the idea being aliens might be essentially pointing a laser in our direction.

Unfortunately, optical SETI suffers from the same problem as listening to radio signals. We can’t look in every direction at the same time, so the observatories are stuck scanning for light in brief intermittent windows lasting about 1 minute for each tiny section of the sky. In this case, who knows how many signals may have been missed because we simply weren’t looking or listening in the exact right direction?

Time will tell, and surely technology will advance to the point where we won’t miss any future ones. All we can do is wait and see and keep wondering if “the truth is out there.”